Chabahar or Chahar Bahar (four springs in Persian, due to the excellent weather throughout the year) is an important city in the province of Sistan and balochistan in southeastern Iran and a free trade port on the coast of the Gulf of Oman.

Chabahar is officially designated as a Free Trade and Industrial Zone by the government of Iran. Due to its free trade zone status, the city has increased in importance in international trade.

The majority of the inhabitants are of balochi ethnicity and speak their own native language, also called balochi, in addition to the Persian language. The balochis are traditionally dressed for clothing that consists of two parts for men, a long shirt up to the ankles and baggy pants, made of fabric and for women the suit consists of a long dress and pants, always made of fabric and made with silk threads, with more than 100 different designs. Normally, women's suits are handmade and cost at least 300 euros.

Chabahar's history dates back to about 2500 B.C., due to the historical discoveries of archaeologists in the town of Tis in the vicinity of Chabahar. The Town of Tis is a fishing village located in the northwest of Chabahar which consists of a port and was known in the conquests of Alexander the Great.

The port of Tis was a very important and active commercial port until the destruction by the Mongols of which there are still some ruins. Later in the 1600s the area was conquered by the Portuguese colony and from this time there is the Portuguese castle near the beach in Tis.

The Chabahar we know today dates back to about 1970 when King Mohammad Reza Pahlavi declared it a municipality and there began large port projects as part of Shah's policy of making Iran an important power in the area. The greatness of the projects and the bright future that was anticipated in those projects involved the participation of international companies in them. Unfortunately after the 1979 revolution, the projects were abandoned by local and foreign companies. Later in 1992 the port was declared a free trade zone which was the reason for the economic growth of the region. 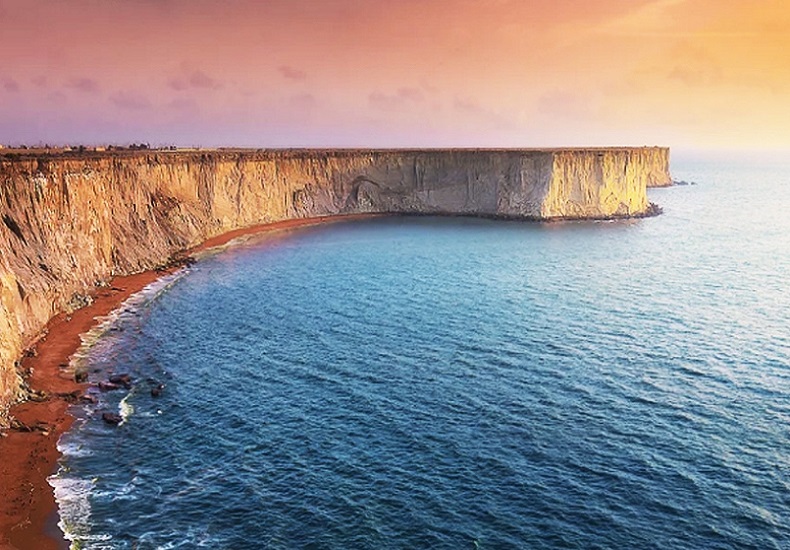 In recent years Chabahar has become a famous destination for business travelers and tourists from all countries. Economic growth has attracted many engineers and technicians from the countries of the area to work on port projects. However, far from the port of Chabahar and in villages such as Tis, Konarak, Beris, Gwart and etc. tourists enjoy the landscapes, beaches, and in general the tourist attractions of the area. The most prominent tourist attraction of Chabahar and its neighborhood is undoubtedly the area of ​​Darak where the connection of the desert with the sea is not very common. In addition, the views of the port of Beris, the town of Tis, the Gulf of Gwart and, above all, the existence of martial mountains (due to their extraterrestrial form) throughout the region make this area much more virgin and unknown.

The climate of Chabahar is a warm climate throughout the year and humid during the summer. The climate is desert and with winds causing precipitation during the months of autumn and winter. High temperatures could reach 47 degrees in July and August and the minimum would not fall below 10 degrees. 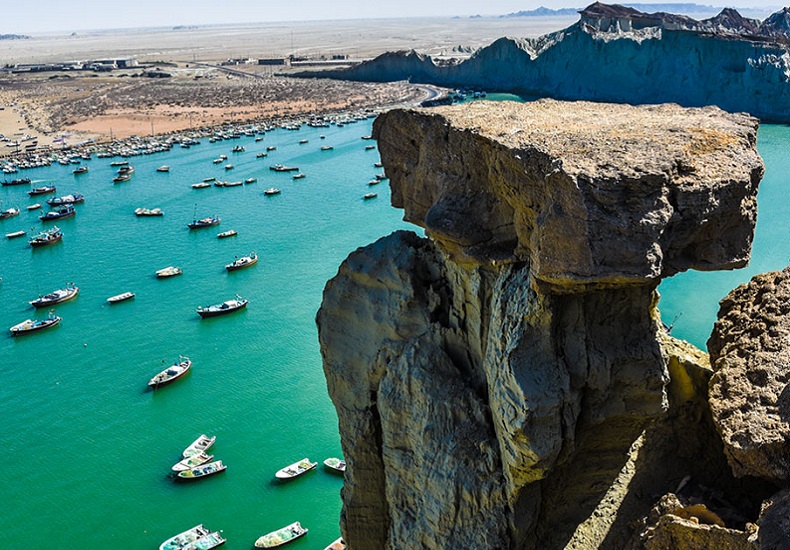 Chabahar is connected to other cities in the province such as Iranshahr and Zahedan by roads. In addition, the best highway in the city goes to Kerman and is the route that connects it with other major cities in Iran. Chabahar airport is not an international airport but has daily flights to and from Tehran. The train line project is estimated to be completed in 2020.