Isfahan is the capital of the Isfahan province in central Iran. Historically known as Ispahan, Sepahan or Hispahan, this beautiful city is the third most populous city in Iran with approximately 2 million inhabitants. Isfahan is located on the lush plain of the Zayanderud River near the Zagros mountain range.

During the reign of the Safavid dynasty, Isfahan became the capital of the Persian empire and one of the largest and most populous cities in the world. Due to the preservations of that glory, Isfahan is the second tourist city of Iran. Islamic Persian architecture, bridges, palaces and mosques of Isfahan are some of these conservations that would make you fall in love with this beautiful city. The Naqsh-e Jahan Square along with the Jame Mosque of Isfahan are the most prominent sites of Isfahan and both registered as a UNESCO World Heritage Site. Isfahan is undoubtedly the city of art, culture and history!

The name of Isfahan comes from Spahan (found in several Persian stamps and inscriptions) and in the Ptolemy geography it appears as Aspadana or “the meeting place for the army”, which implies that Isfahan has always been an important city for kings and empires.

According to archaeologists Isfahan was developed as a city during the third millennium BC in the period of the civilization of Elamita. During the reign of Zoroastrianism, Isfahan became an important regional center due to the fertile soil on the banks of the Zayanderud River. Since the unification of the Persian lands during the reign of Cyrus the great Isfahan was one of the host cities of the liberated Jews in Babylon. The history of Isfahan had its ups and downs during the following centuries such as the enormous progress during the Achaemenids, the invasion of Alexander the Great, the development of urban planning by the Sasanids and passing a massacre during the invasion of Tamerlane in the fourteenth century when more than seventy died thousand inhabitants of Isfahan.

Without a doubt there is a story before the reign of the Safavids and another after. Isfahan was revived during the reign of Shah Abbas the first who decided to declare Isfahan as the capital of his empire and rebuild it and make it one of the largest and most beautiful cities in the world at that time. Economic progress marked the beginning of a golden age to make it a city of Persian architecture and culture. Because of that progress, the capital of the Safavids received many people who immigrated from Armenia and Georgia and for which neighborhoods where Christians lived lived. One of the neighborhoods that is still the area where Christians live and there are churches, cathedrals, Armenian shops in the Jolfa neighborhood, an old neighborhood with many attractions for tourists, of which Vank Cathedral is the most important. From that time on, although Isfahan did not have the progress he had during the reign of Safávida but never ceased to be a mysterious city with many works of architectural and cultural art. 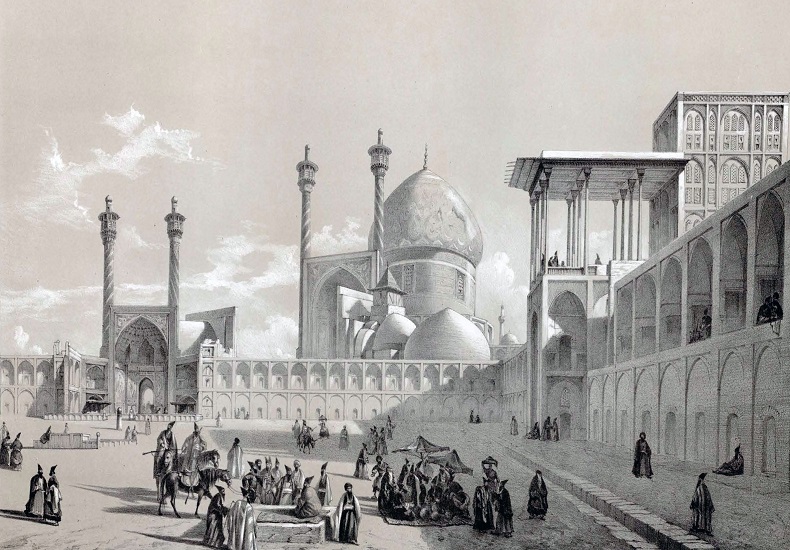 Isfahan is currently one of the most advanced cities in Iran considering the infrastructure it has. Being a city with a lot of industry such as textiles, carpets, handicrafts, food, steel and etc., Isfahan does not have to envy other industrial cities in Iran. In addition, the tourism industry handles high quality with respect to other cities due to a wide range of hotels and amenities. 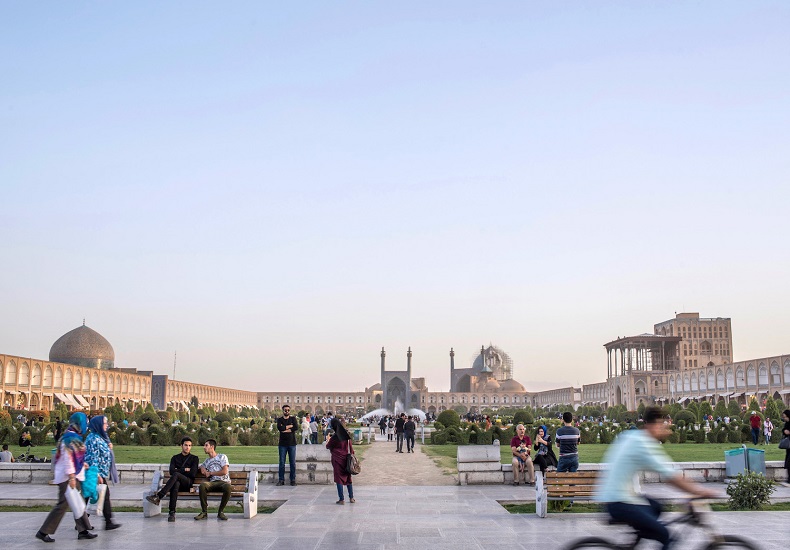 The climate in Isfahan is usually dry and desert due to the geographical situation in which it is located. During the summer the maximum temperatures reach 40 degrees and during the winter the minimum temperatures could drop to more than 10 degrees below zero. During the fall and spring temperatures are usually mild and very suitable for tourist visits especially for the water flow in the river Zayandehrud. 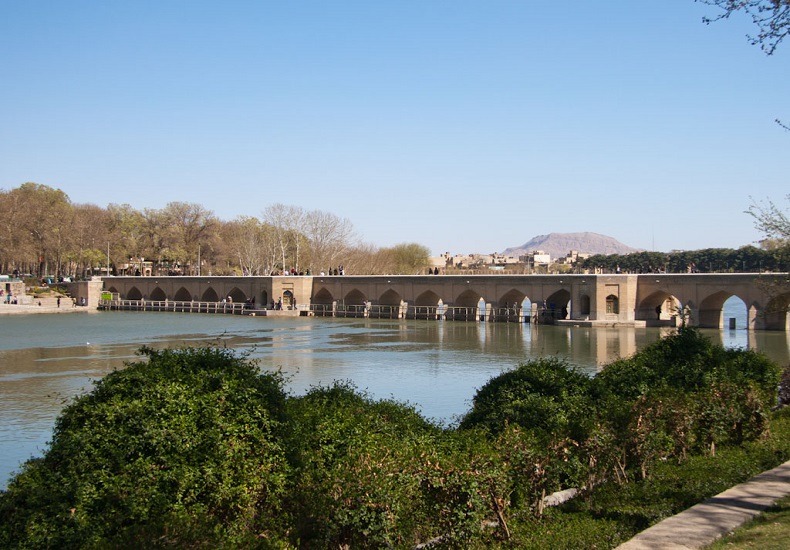 Isfahan is a city with  one of the best public transport networks in Iran. Both the subway, bus, taxi and etc., have suitable infrastructure for this city. In addition, Isfahan is one of the best connected cities in Iran since it is located in the middle of the routes that go from east to west and from north to south and vice versa. On the north Isfahan connects through the highway from Qom to Tehran, on the east through the highway from Yazd to Kerman, on the west through the road from Khorramabad to Kermanshah and finally from the south through the Shiraz highway to Bushehr. Buses to Shiraz, Yazd, Kashan and Tehran are made from the two main bus terminals in Isfahan called the Kaveh terminal (in northern Isfahan) and the Sofeh terminal (in southern Isfahan). 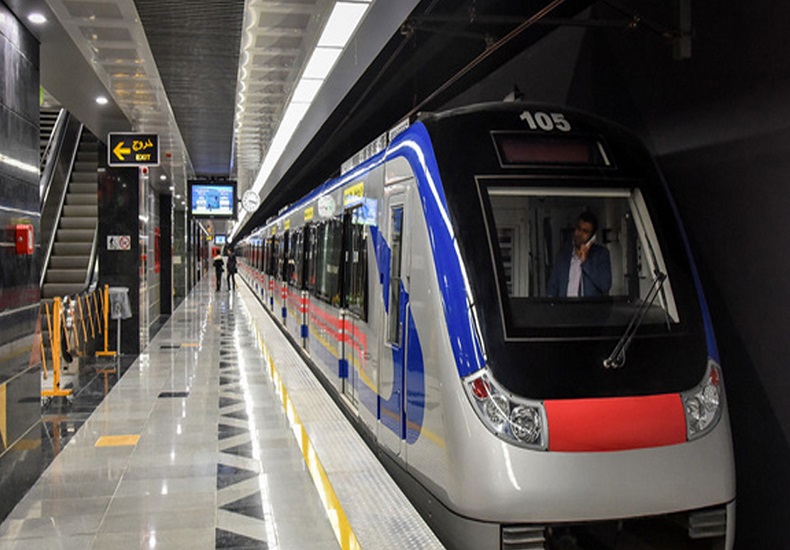 Isfahan International Airport, known by the acronym of IFN, is one of the airports with more passengers annually. Having daily domestic flights, Isfahan airport also receives flights from Turkish Airlines, Qatar Airways, Emirates, Fly Dubai, Pegasus, Global Atlas, Air Arabia and etc. According to statistics in 2016 this airport had more than three million passengers. 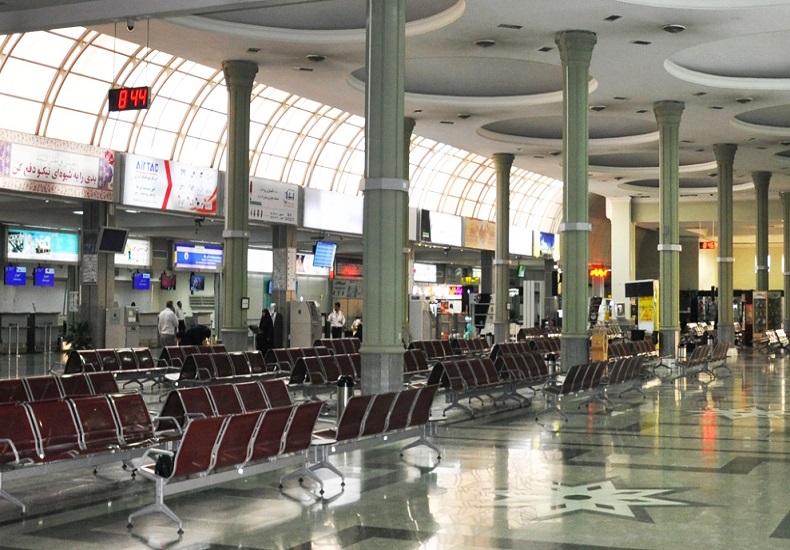 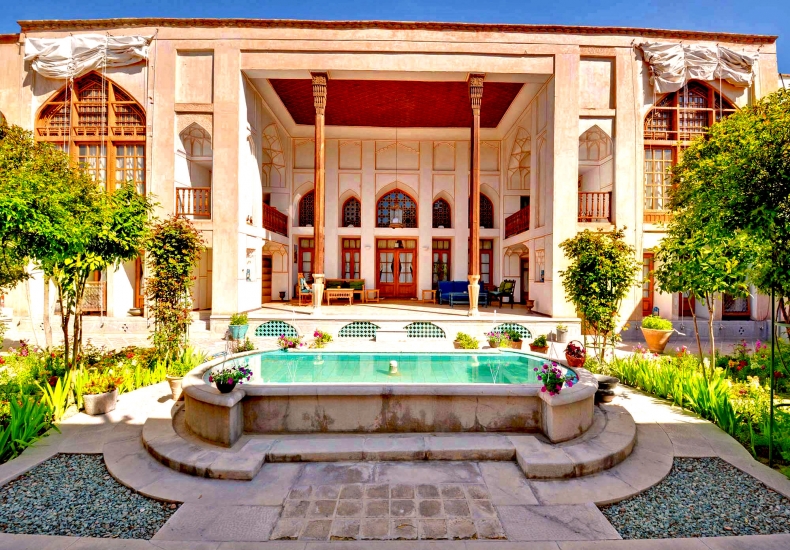 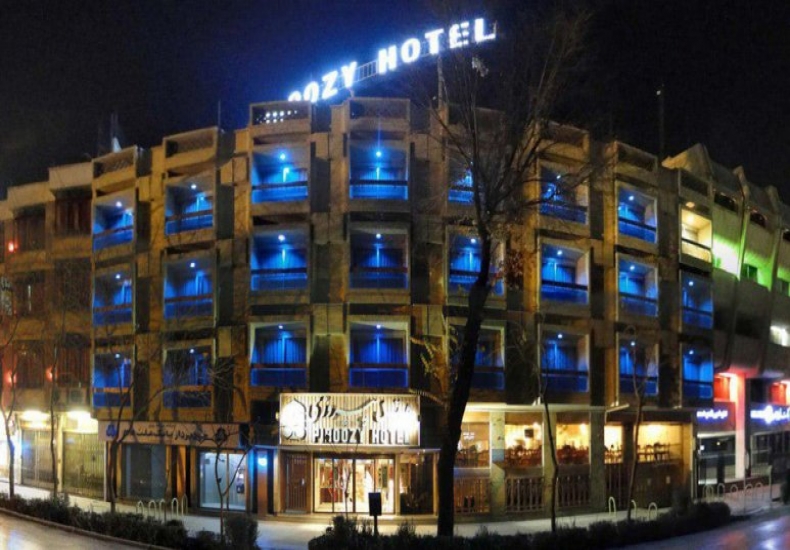 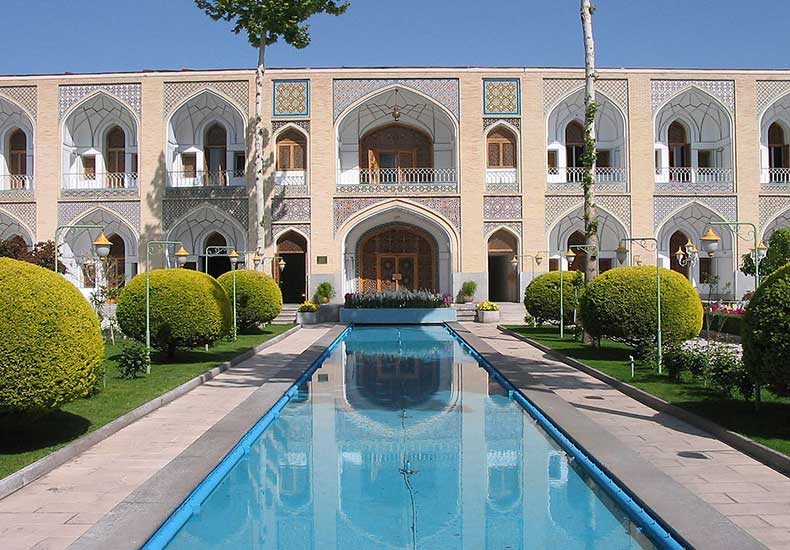 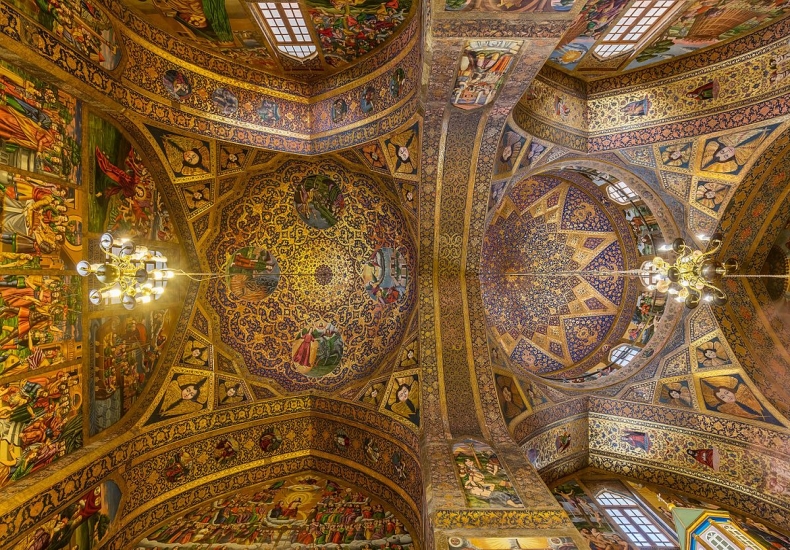 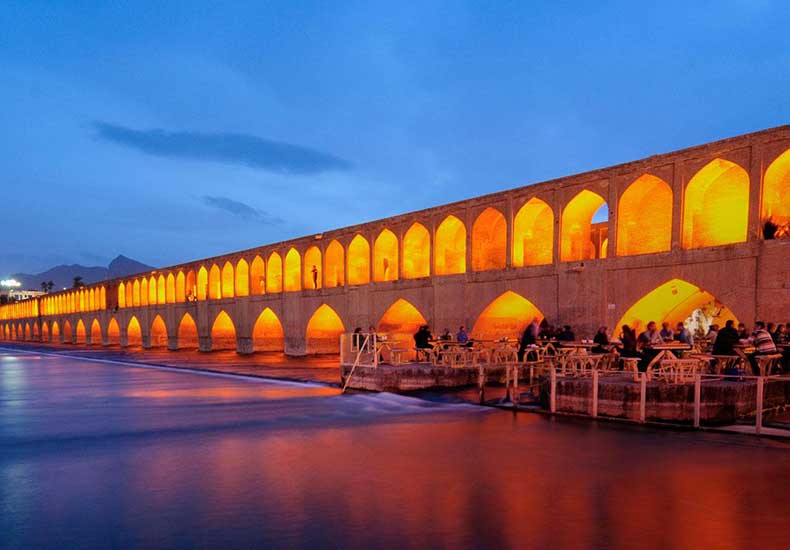