Sheikh Lotfollah mosque, as one of the glorious and historical phenomena of architecture and tailing in the sixteenth decade which is still evident in the mosaics of the Safavid era at its entrance, was built by the order of Shah Abbaas I in 1602 and lasted for 18 years.

The difference of Sheikh Lotfollah mosque with others mosque, especially in Iran is the lack of minaret and patio and for having stairs in its entrance, which shows its special design due to its different end use.

The roof of the dome of Sheikh Lotfollah mosque, like many other mosques, palaces and etc. is one of the attractions of this site as you can discover in the photo located in the gallery.

Sheikh Lotfollah mosque as a part of Naqsh-e Jahan Square, the most wanted Iran highlight in Isfahan, is always included in the itineraries of Iran tours packages, so the tourists who visit iran can enjoy exploring this square and the sites around it and have a wonderfull time.

Iran Negin Travel, as an Iran tour operator, provides a wide range of Iran tourist services such as Iran visa, professional guides, transfers with private drivers and Iran tours packages. You can choose among our Iran tours packages, especially Iran cultural tours and Isfahan daily tours, in order to visit Iran and have a memorable trip to Isfahan. 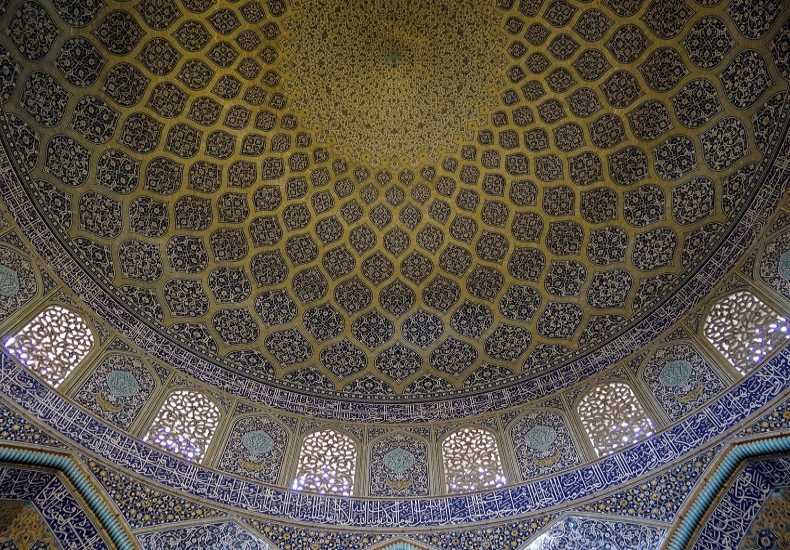