Isfahan Grand Bazaar, known as Bazar-e Bozorg in Farsi or Qeysarie bazaar or Soltani bazaar, is one of Iran’s most historic and marvelous bazaars. Located in the north side of Naqsh-e Jahan Square, the most highlight isfahan tourist attraction registered as UNESCO World Heritage Site.

Isfahan Grand Bazaar was built during 11th century and destroy and restored various times till Safavid era when it was rebuilt as one of the ambitious expansion plans of Shah Abbas Safavid during the 17th century when it was used as one the greatest and luxorious trading center in the safavid era.

As one of the most seen sights in Isfahan, Isfahan Grand Bazaar is always offered by our Iran Tours for those who want to travel to Iran and visit Isfahan. Once in Iran you can find this covered bazaar, which is a maze of madresahs, caravanserais, lanes and centers of trade such as handicraft and carpet vendors.

There are many points of entraces to Qeysarie Bazaar but the main entrance the Qeysarieh Portal which connect the Isfahan Bazaar to Naqsh-e Jahan Square. During your travel to Isfahan by Iran Tours you can easily spend half of a day by visiting the Qeysarieh Bazaar and enjoy experiencing the lanes, smell the spices and dried dates, having some tea and if you find the time a local restaurant for lunch.

Our Iran culturan tours are mostly provide the option to explore Isfahan Bazaar and its incredible history. 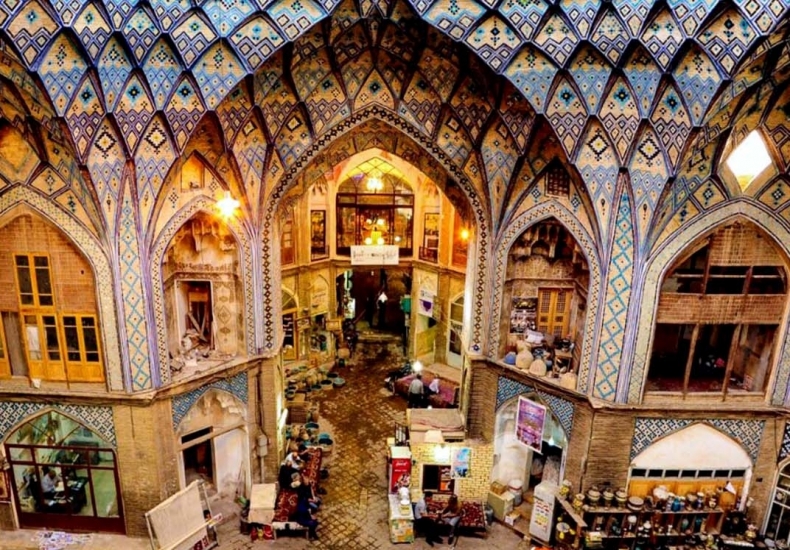 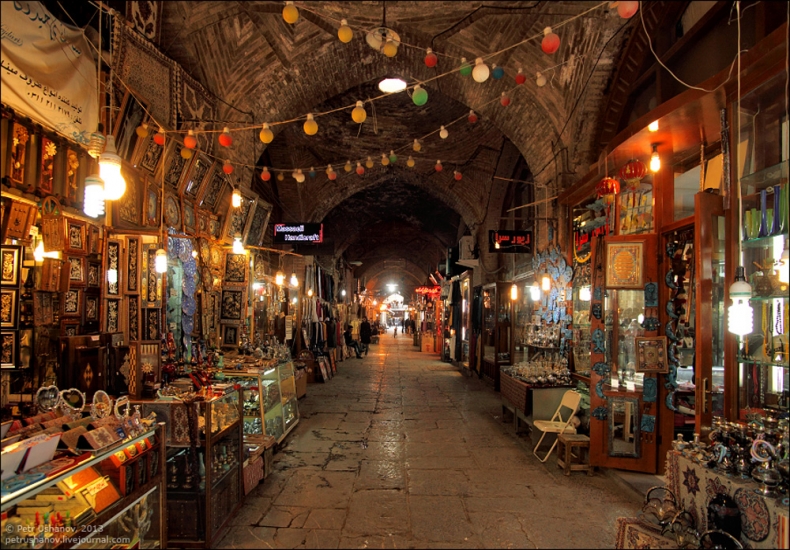