When you have plans to visit Iran, Chehel Sotoun Palace can be one of the best place in Isfahan during your visit to Iran along with Naqsh-e Jahan Square, Ali Qapu Palace, Jame Mosque of Isfahan, Sheikh Lotfollah Mosque and etc. . Chehel Sotoun Palace is a very famous Iran tourist attractions which is much recommended to be visited during your travel to Iran and it would be one of best place you will visit Iran.

During your travel to iran you will see many different of things but this one can be can be unique one for you Chehel Sotoun also Chihil Sutun or Chehel Sotoon (Persian Name) “Forty Columns” (English Name) is a pavilion in the middle of a park at the far end of a long pool, in Isfahan, Iran, built by Shah Abbas II to be used for his entertainment and receptions. In this palace, Shah Abbas II and his successors would receive delegations and ambassadors, either on the terrace or in one of the stately reception halls.

The name, which means "Forty Columns" in Persian, is due to its twenty slender wooden columns which support the entrance pavilion. The reflection of these columns in the waters of the fountain, appear to be forty. The atmosphere and the perspective of this beautiful palace is one of interesting and famous Highlights of Isfahan also one of best in Iran tourist attractions.

There is another reason to make it highlight of Isfahan as with Ali Qapu Palace, Chehel Sotoun Palace contains a grand amount of frescoes and paintings on ceramic. Many of the ceramic panels are now in the possession of major museums in the west countries. This ceramic panels shows the specific historical scenes such as the famous Battle of Chaldiran against the Ottoman’s king the Sultan Selim I, the reception and welcoming of an Uzbek King in 1646, when the palace had just been completed; the welcoming of the Mughal Emperor, Humayun who asked to be a refugee in Iran in 1544. The more recent painting shows the Nader Shah's victory against the Indian Army in 1739. There are also aesthetic compositions in the traditional miniature style which celebrate the joy of life and love.

Chehel Sotoun Palace should  be one of Highlights of Isfahan for you in your iran tourist attractions list. Any time you plan to travel to Iran you need to include Isfahan in your list even it’s only for business trip.

During your visit to Isfahan, do not miss the opportunity to enjoy visiting Chehel Sotoun Palace which an essential item in Iran tours packages, especially in Iran cultural tours. Although is historical site, normally Iran tour operators like Iran Negin Travel include Kashan in their Iran Eco tours, Iran adventure tours, Iran religious tours and of course the Isfahan daily tours.

Our Iran culturan tours are mostly provide the option to explore Chehel Sotoun Palace and its incredible atmosphere. 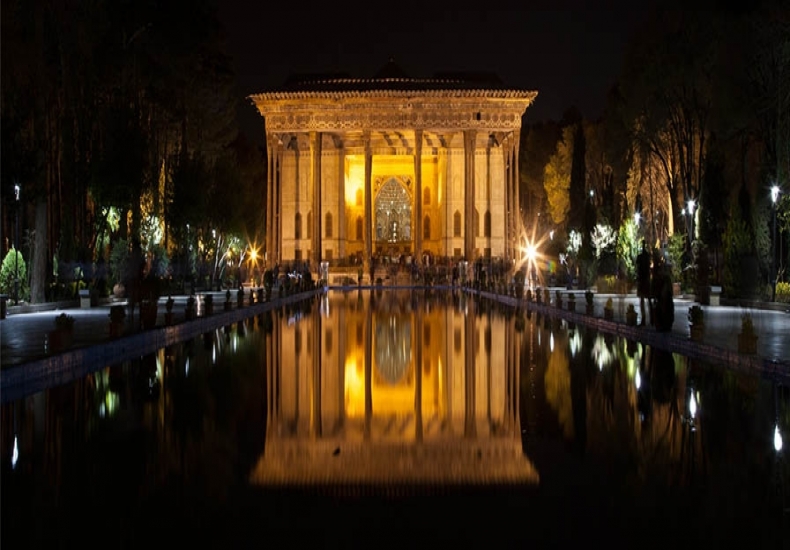 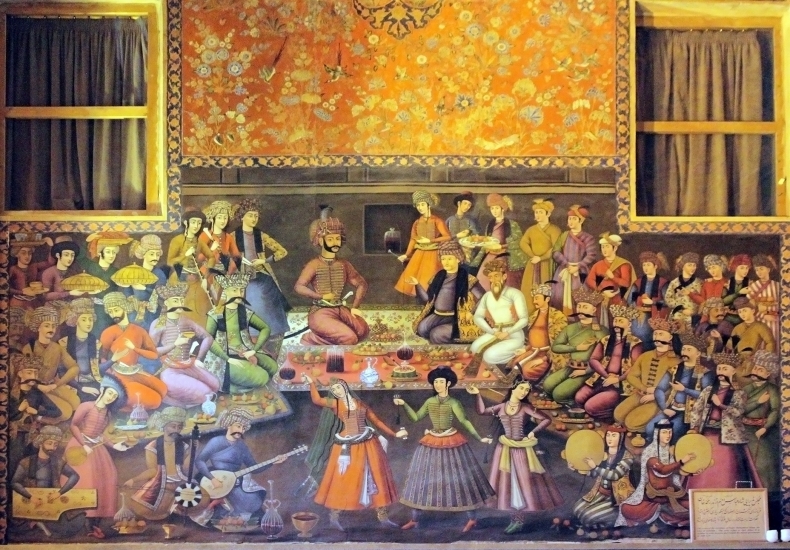