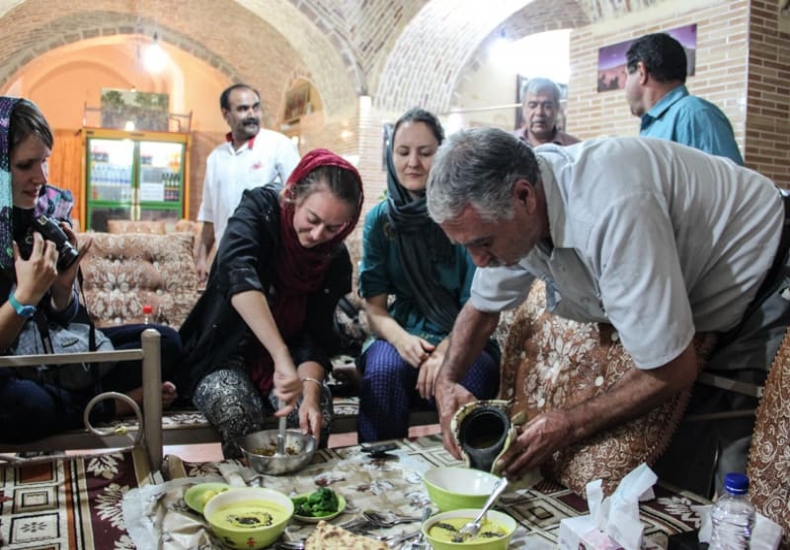 How to prepare for travelling to Iran

As a tourist, its important to have some information about the destination before traveling to. Iran is not an exception, especially due to the lack of suficient information. Becki, a travel writer and blogger let’s you know about the do’s and don’ts, and shares with you her viewpoints on Iran, and some of the main things you need to know before travelling to Iran.

Before paying attention to the Beki experience, you need to know that through Iran Negin Travel services and Iran tour, our team will inform you about any detail you need to know before your trip to Iran through iran tour packages.

First and foremost, she states that, unlike the media driven rife between the western world and Iran, travelling to Iran is easy, and as times goes by with improving diplomatic relations, it’s even getting easier, but for someone who is willing to explore Iran and the delights of the ancient Persian empire, putting up with all the rules and regulations of an Islamic country is totally worth it. Planning and some research before applying for Iran visa will definitely do more good and definitely no harm.

Becki’s advice on getting Iran Visa

She confesses that getting the visa for Iran is the hardest part, due to some limitations for some specified countries. For British given that the two countries have little to no diplomatic relations, there are not Iranian embassies in UK, and they need to travel to another country, with and Iranian embassy, Dublin or Paris for instance, in order to apply for a visa.

As a general rule for applying for a Iran visa, you must know that nearly all airlines travelling to Iran, don’t let you get on the plane unless they have Iran visa, but since the lifting of the sanctions, an average of 900 Iran visas are granted daily upon visit, and Iran is the host to more than 5 million tourists each year. With a growth of about 700,000 in each year.

So now getting a Iran visa on arrival is still an option, since issuing a 30- days visa upon arriving is now available for 180 countries in Iran’s airports listed below:

And of these countries anyone who have been able to get a visa upon arrival, they must have a letter form a company to present to both the airline and the passport control.

Americans, Canadians and British citizens who are planning to come to Iran, must come with a tour group or a guide. Americans are also escorted from Airport to their hotel. All this are organised by the tour company.

For the non eligible countries before applying for Iran visa they must get an authorisation code, which will determine if an individual is granted a visa or not, for people travelling with a tour this code will be taken care of by the tour manager. Two ways to know how to apply for it, are Iranianvisa.com which will suggest an Iranian travel agency, and consulting an embassy where you as a tourist are willing to get your visa from and ask them where you can get it from.

There’s no definite and fixed cost for getting an authorisation code, which is called administration cost, and depends on two factors, nationality and the tour the tourist is working with. For example, for Becki it costed her 180 Euros applying from Tblisi (in Georgia) and for another it costed a little more applying from Paris, for a group of Australians and also Germans it costed them from 50- 100 Euros.

Processing the authorisation code takes about two weeks to process and a few days to arrive.

What we conclude is that if you are planning to visit Iran, you should not do flight bookings, arrangements, payments and hotel reservations before you’re 100% sure you’re getting the Iran visa, otherwise you might be disappointed financially.

There are two main reasons for Iran visa refusal which are:

Iran Negin Travel as a Iran tour operator, provide each applicant the visa code for the travelers and counts on special guide for US, Canada and UK passport holders in order to provide them the best services and Iran tour packages.

There are iran tours available in Iran, enabling the possibility of seeing lots of tourist attractions, landscapes and places a tourist can not access on his/ her own. She stated that the downside to this is you won’t have a free schedule and Iran tour plan for more than two weeks, but this also doesn’t mean that tourists are watched 24/7.

She has discovered that solo travelling in Iran is not forbidden, but the downside is that there are little to no hostels and guesthouses here and hotels are quite expensive (no need to mention that this is for nationalities other than British, American and Canadian who need to travel with groups).

One of the things she mentions besides the dos and don’ts about clothing, she says that women’s face should not be covered with burka, what she’s trying to get to is that, although Iran is an Islamic country, but women wear their clothing in fashionable ways.

These are the clothing regulations: 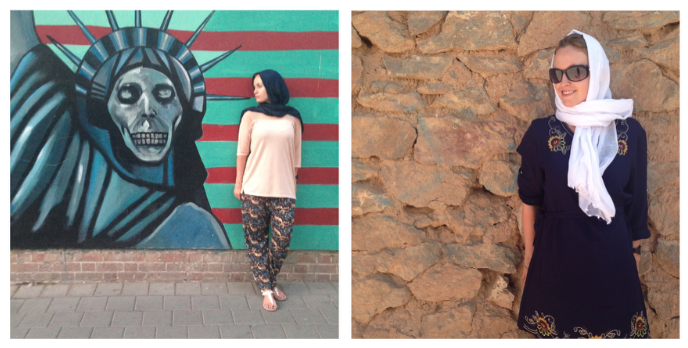 Unlike the negative image drawn of Iranians, Iranians are warm, welcoming and helpful, and they are exactly the opposite of what have been made of them. Especially after the election of a more moderate president, Hassan Rouhani, international relations are heading to a better destination.

The exchanging currency in Iran is Rial, but people use Toman when buying and selling stuff. Toman in one tenth of Rials, which means that when they say a coffee costs 10,000 Tomans it means it’s 100,000 Rials. So to put it another way, their international currency is Rials, which you can exchange your euros and dollars to them in exchange centres only, and the prices are given in tomans.

It’s hard to find traditional Persian food such as Dizi, Vegetable and Pomegranate stew, in the sea of fast foods. She suggests that if you’re looking for a cheap and quick fix, try to find a falafel places.

Vegetarians might find a difficult time finding a food without meat or meat broth. Eggplant or aubergine based foods are best options for you if you’re a vegetarian.

Although alcoholic drinks are not allowed in Iran, but in there you can find a variety of alcohol free beers with tastes of lemon, apple, peach, soft drinks and juices.

She says that Persian people are not very specific on timing, what she means is that, when they say 5 -6 hours it might as well take 8 hours to get something done, or get to somewhere. Somehow she says that service is slower in Iran, and you must expect to wait more than the usual time you tend to wait for something, or more than a usual time it could take to go from one place to another. In this matter, this is how she puts it, “Pack a little extra patience with you.”

Internet access in Iran in slow and limited. So she thinks that you need prepare yourself and your family and loved a few days of not knowing where you are and what you’re doing.

Last but not least is Iran’s history. She says although ancient Persia is not a one night and easy lesson, but it’s good to read about the history of Iran way before revolution, before you go.

If you want to read more about her thoughts, hints, facts and ideas about Iran just visit the link below: