Kashan or the city of historical houses is located in the north of the province of Isfahan 200 kilometers from Isfahan and a little less than 200 kilometers from Tehran. Although it is a small city with a population of 400,000 people, but it has a great heritage of humanity and an amazing history of 9000 years that we will discuss below.

Kashan is a city divided into two zones, mountainous and desert. On the east side Kashan opens to the central desert of Iran. Kashan is not only famous for the old houses or the heritage it contains but it is also known for the Maranjab desert and the Caravanserai located near the salt lake. Currently the Maranjab desert is a favorite destination for Safari lovers.

On the other hand, exactly on the west side, Kashan is neighboring two of the highest peaks of the Karkas mountain range, Mount Gargash to the southwest of Kashan and Mount Ardehaal, also known as "Damavand of Kashan", in the west of Kashan.

Although the history of Kashan dates back much longer than the reign of the Safavid dynasty, but it was then that the city began to develop and form a major city in Iran. The famous traditional houses of Ameriha, Morshedi, Abbasi, Borujerdi and etc., are some examples of the traditional architecture of Iran and are a must for tourists. The Kashan Bazaar and the Agha Bozorg Mosque are also tourist attractions. But perhaps for lovers of mysteries and history the Fin Garden and the Sialk Hills, the two UNESCO World Heritage Sites in Kashan, would be much more interesting.

Some studies maintain that the name of the city comes from Kasian, the original inhabitants of the city, whose remains have been found in the Sialk Hills dating back 9,000 years. The name was later changed to “Kashian.” Between the 12th and 14th centuries, Kashan was an important center for the production of high-quality ceramics and tiles. In modern Persian, the word for tile (kashi) comes from the name of the city .

Many of the artifacts discovered in the Sialk Hills today are on display in the Louvre Museum in Paris, the Metropolitan Museum of Art in New York and the National Museum of Iran.

The kings of the Safavid dynasty had great admiration for Kashan and for this reason the city was a leisure vacation spot for them. The Fin Garden, one of the most amazing gardens in Iran and part of the Persian garden ensemble, was designed for Shah Abbas I by following a classical Persian vision of paradise. Later the buildings of Fin Garden built during the reign of the Safavids, were rebuilt by the rulers of the Qayar dynasty, but preserving the design of trees and marble basins.

Today Kashan is one of the most important cities in Iran. Industries such as mines, textiles, agriculture, carpets, tiles and etc., are the main activities of Kashan, but tourism has been gaining steam for the past decades. Residing in the traditional houses or boutique hotels in the historical city center along with visits to the Maranjab desert, Kashan tourist attractions and etc., will be a great memory for those who are going to visit Kashan. 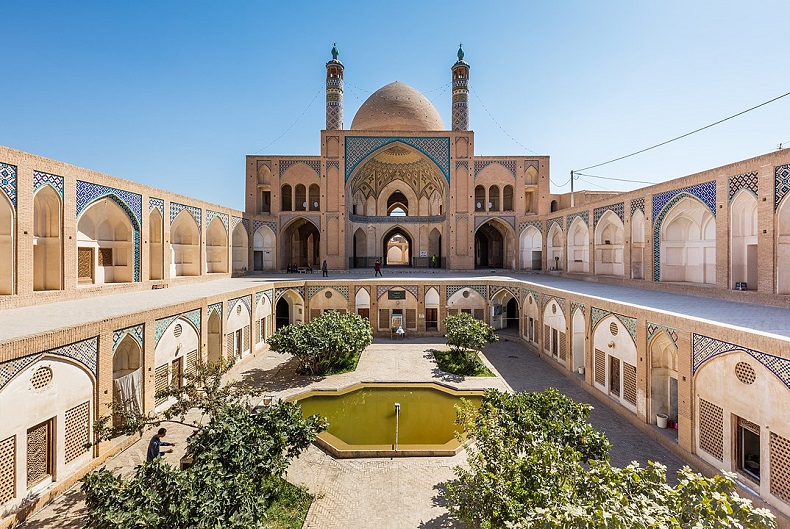 The weather in Kashan is usually dry and desert due to the geographical situation in which it is located. During the summer the maximum temperatures reach 40 degrees and during the winter the minimum temperatures could drop to more than 10 degrees below zero. During the fall and spring the temperatures are usually mild and very suitable for tourist visits.

Due to the geographical situation, Kashan is located on the route between Isfahan and Tehran, which is why it benefits from the transport networks shared by these two gigantic cities of Iran. In the city, public transport is not very advanced and the services available have been considered for a small city. For within the city our team recommends you to use private taxis, rent bicycles or the bus service. To get to Kashan, the best option is to take the buses that go directly from Tehran and Isfahan to Kashan. Kashan Bus Station is located near the center of Kashan. In addition, Kashan has a train station which goes from north to south.

Kashan does not have an airport. For travelers who choose to visit Kashan, the best way to get to this city is through roads and / or rail lines. In addition to offering bus and train ticket sales service, Iran Negin Travel offers you exclusive and private services such as chauffeured cars so you can enjoy a peaceful and fabulous trip. 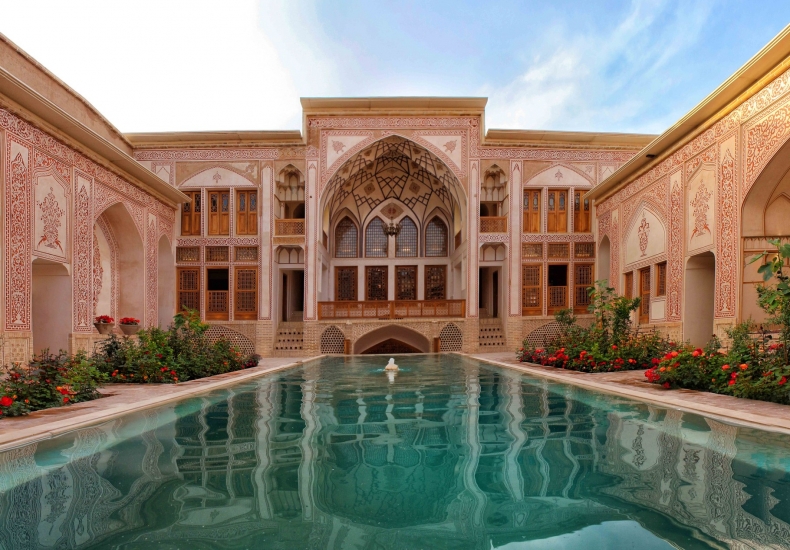