The five most famous churches in Iran

The history of Iran or the history of the territory that was known as Persia has witnessed many events, both social and technological, religious, cultural and etc. The current differences of races, languages, religions and in general all the cultural differences are due to this long history of more than 4 millennia.

Currently, although Christianity does not have a large part of the Iranian population, but this religion together with Zoroastrianism and Judaism constitute the non-Islamic religions of Iran and have more than one million practitioners.

The existence of more than 600 churches in the current territory of Iran shows that throughout history there has been a significant presence of Christianity in Iran and that it currently has more than 300,000 practitioners throughout Iran.

Next, we will introduce you to the five most famous churches in Iran, which you could include in your list of attractions to visit in Iran:

Saint Sarkis Cathedral, which is an Armenian Apostolic Church, is located in the central area of Tehran. Considered the largest church in Tehran, the construction of St. Sarkis Cathedral was completed in 1970. The highlight of this church is the memorial of the Armenian Genocide in the courtyard of the building in memory of Armenians exterminated by the Ottomans in the second decade of the twentieth century. The exterior part of St. Sarkis Cathedral is made of white marble and the interior walls are covered with paintings related to biblical themes.

The Cathedral of Saint Savior, also known as Vank's Church, is a beautiful cathedral located in the historic area of Jolfa in central Isfahan. Vank Cathedral was built during the Safavid era, during which thousands of Christians lived in the Jolfa district of Isfahan. 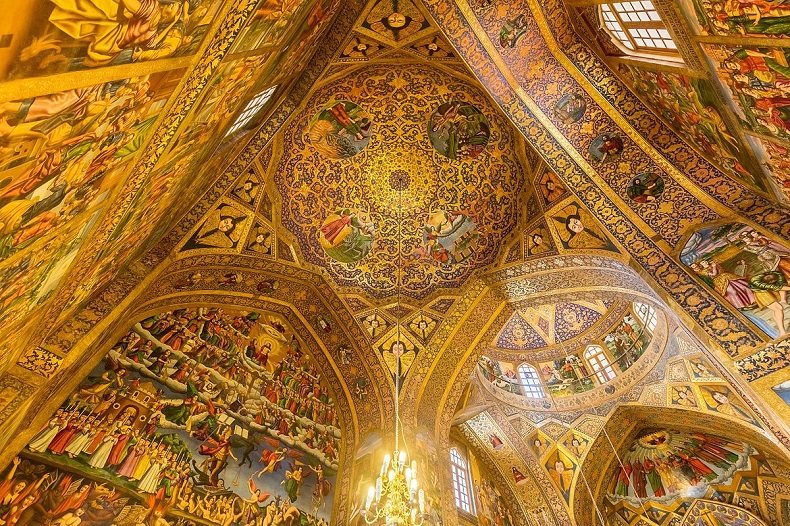 The church of Saint Mary, also known as Holy Mother of God Church is the largest church and the main church in Tabriz. This beautiful church was built during the 12th century based on the Armenian style of architecture in the center of Tabriz where the historical area of Dik Bashi is now located.

The church of Saint Mary has been mentioned by historians such as Marco Polo who mentions this Church when he traveled to China around the year 1275. It is interesting to know that the church has been rebuilt on the ruins of a church that was previously destroyed by a terrible earthquake. in 1780. 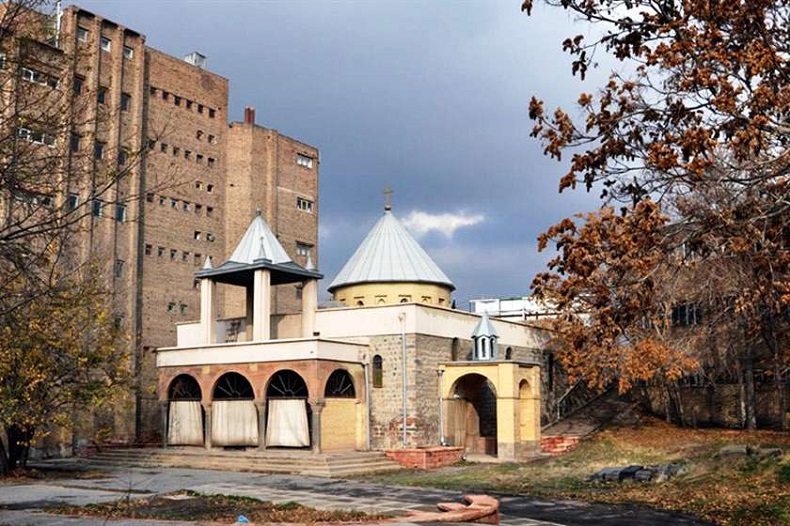 The Monastery of San Stepanos

This beautiful monastery is located in the northwestern area of Iran in the Jolfa area. The monastery of San Stepanos was built in the 9th century and later rebuilt during the Safavid era after suffering serious damage from earthquakes and wars.

The monastery's location in a mountainous area and a green valley have made it more interesting. Its structure made of stone and having a stone fence that protects the monastery attract thousands of people to this area of the country to meet its beauties. 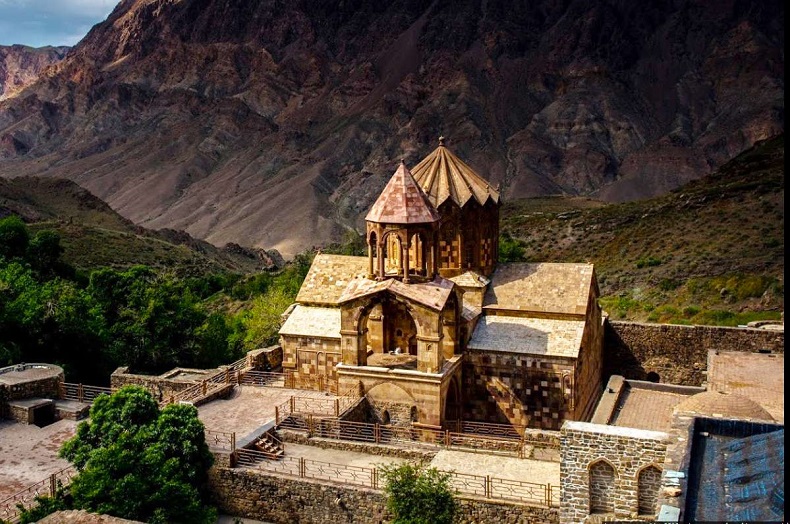 The Armenian Church of San Garapet

The church of Saint Garapet is located in the city of Abadan in southwestern Iran. During the last century and due to the travel of many people from many countries to this city to work in the oil sector, the church of San Garapet was built in 1958.

Did you enjoy this article? If you liked it, don't forget to share our page with your friends. We are waiting for you in Iran!